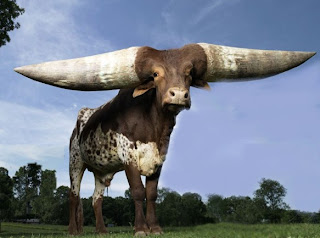 Watch a video tribute to him at http://www.youtube.com/watch?v=z46M6Fcik4E
Posted by Carol Henrichs at 3:35 PM No comments:

Illiana Expressway gets another green light


The Illiana Expressway has been given the go-ahead—first in Indiana—and now in Illinois. Legislation that would allow the project to move forward through a public-private partnership awaits the governor's signature. That act will simply be a formality since Illinois Gov. Pat Quinn considers the project to be his future legacy.

What a disappointment Pat Quinn has been to so many who had hoped his fight-for-the-little-guy attitude could transform the governor's mansion, still lingering from the ill repute of its former occupants.

Instead, Quinn has embraced previous administration's tactics in his clamor for votes to keep him in the style to which he has become accustomed. Politics as usual is deeply entrenched in the Land of Lincoln.

The Illiana Expressway has been just another politically-motivated bad joke perpetrated on the people of Illinois who have had to pay for it.

It is a smokescreen for the South Suburban Airport/Peotone Airport as pointed out in an insightful column by Guy Tridgell in the May 11, 2010 Southtown Star . Tridgell called the Illiana "our very own Tobacco Road," referencing the 1932 novel by Erskine Caldwell that ends with the tragic death of the main characters.

"The airport has become the crazy aunt of Illinois who's permanently locked up in the attic. She is dying a slow, quiet death," Tridgell wrote.

He concluded, "They don't want to tell the constituents that they have failed, so they have created a new project as a diversion with the hope everyone stays quiet. The Illiana Expressway - the perfect smoke screen."

Tridgell is correct. The Illiana—once a part of the far-reaching, far-fetched 23,000-acre airport project—may be all that is left of Illinois' once grandiose plans.

But while Illinois officials and airport boosters hope the Illiana becomes the yellow-brick road to their avionic version of Oz, they may find that by using the same tactics, same tired arguments, and attempts at factual manipulation, the road may suffer the same fate as the airport.

The game changer, however, may be something Illinois officials rarely think about; it is the one thing that has surprised them in the past—Indiana.

At the same time that Illinois officials are crowing about their passed-too-quickly legislation to build the Illiana Expressway, Indiana officials look at the Illiana as a real tool for economic development and job creation.

Indiana's version of Oz also has an airport—the Gary/Chicago International Airport—that is real, viable, and a potential money-maker rather than the black hole for money that has been the Peotone Airport project. An Illiana Expressway could be a benefit to the transportation network in place in Indiana. Instead of the tar and chip roads that traverse the area where Illinois wants to bring millions of passengers per year, pavement leads to Indiana's airport. The Illiana could be an enhancement.

The Illiana could bring additional access to the Gary/Chicago airport.

Tridgell also called attention to the fact that neither state owns land for the project, nor has an exact location even been identified. Additional studies are needed. It could be decades before a spade of dirt is turned.

Given the amount of time devoted to the Peotone Airport, and the lack of will to make sweeping changes in the way Illinois does its business, there is little doubt that Illinois politicians and their employees will still be hawking the Illiana Expressway in the year 2040 and beyond.

Posted by Carol Henrichs at 9:27 AM No comments:


It is indeed ironic that Congressman Jesse Jackson, Jr. would complain about ex-governor Rod Blagojevich "wheeling and dealing."

Note the following from an April 15 column in the Southtown Star, "Jesse Jr. re-emerges in Blagojevich case." by Kristen McQueary.

Months after Blagojevich's December 2008 arrest, U.S. Rep. Jesse Jackson Jr. (D-2nd), of  Chicago, told me it was impossible to interact with Blagojevich without "him wheeling and dealing and trying to extract something out of you."
Blagojevich reportedly told Jackson early on that he didn't hire his wife, Sandi, as lottery director because her application wasn't accompanied by a $25,000 campaign donation. Jackson said he turned to federal prosecutors for help when private developers willing to build a south suburban airport experienced Blagojevich's extortion.
"I have worked with four governors," Jackson said back then. "It wasn't until I came into contact with the Blagojevich administration that they sought to shake down the developers. (Blagojevich's) behavior was so unacceptable to me that I took that information to the U.S. attorney because how can we build our state if every time someone wants to invest and create jobs, they have to go through a political gauntlet of 'gimme, gimme, gimme?' "

Ironic indeed, but let's take that one step farther.  The irony is that Jackson complained about Blagojevich doing what he himself has been doing for years. His entire motive for building a new airport near Peotone was about gimme, gimme, gimme.

Jackson is all about control of contracts, concessions, votes, and whatever else might be beyond my imagination.

Many suspect that Jackson got his nose out of joint because Blagojevich didn't satisfy his needs. His wife didn't get the political job he wanted for her—heading the state lottery—and he didn't he get approval for his pet project. So he complained to the authorities.

Both Jackson and Blagojevich are poster children for what is wrong in Illinois politics.

But, if you ask me, Blagojevich shaking down fat cats is far less bothersome than Jackson trying to feather his own nest off the backs of innocent people.

Jackson has misrepresented the truth to his own colleagues to make Peotone look viable, manipulated facts by making people think a runway will solve economic woes in his district, and tried his own version of shaking down four governors, with the promise to deliver votes.

Posted by Carol Henrichs at 9:31 AM No comments: