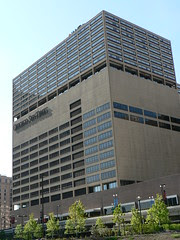 Chicago Sun Times
Two of the many things that are wrong with journalism today is a total disregard for correctness and a new ambivalence toward an informed public!

Both examples were evident when the Chicago Sun Times attempted to report on the Peotone Airport.

Steve Metsch, a Sun-Times Media reporter, who writes for the Southtown/Star, which is owned by the Chicago Sun Times, covered a meeting Friday, July 27, of at the Chicago Southland Economic Development Corp. The resulting story was entitled, "Top IDOT official says third airport will be built."

He quoted Susan Shea, IDOT Director, Division of Aeronautics when she said, "To the naysayers, this is it. The FAA would not tell us this is the preferred place. This is where it's going to be," Shea said. "...I's going to be such an economic engine for the community out there, for the state. It is going to happen. It's just a matter of when. It's not a matter anymore of if."

The proposed airport being decidedly imminent would be pretty big news since it is a project that has been languishing on the IDOT radar screen for more than 27 years, if it were true.

Trouble is, it isn't true, as evidenced by Monday's story in the Chicago Sun Times refuting it entitled, "Despite report, Peotone Airport isn't a done deal yet."

Because the Peotone Airport has long been a hot topic, any news about it is often picked up by other media outlets across the country. The Peotone Airport is a national story, mostly because with a negative spin, such as its receiving the Golden Fleece Award, one which highlights government's wasteful spending. The Peotone Airport has been compared with IDOT's other failed accomplishments, the downstate Mid-America Airport, which has sat virtually empty for years.

If the story Shea tried to tell was true, it isn't hard to imagine that the initial story would have news value. That explains why it was picked up by Chicago TV news, and in local papers across the state. I saw it online at Yahoo News!

Trouble is, the initial story was picked up. The retraction was not.

This situation isn't new. IDOT has been counting on the media to do their public relations work for their pet project since a new airport was envisioned in 1985.

That is why opponents have had an uphill battle trying to fight the project. Despite having truth on their side and the project having a lack of merit, it is difficult to compete with a well-oiled public relations machine. The government uses the media every chance it gets.

Posted by Carol Henrichs at 3:07 PM No comments:

Gun debate goes on and on and on...

What happened last weekend in Aurora, Colorado was everyone's worst nightmare. Like most others who have watched the details of the tragedy unfold, I thought about how I have been going to movies all my life. It has always been a relaxing, enjoyable, peaceful experience. Never in my wildest dreams could I imagine that someone could walk up and down the aisles shooting innocent people.

That kind of horror often plays out in movie theaters, but on the screen, not in the audience. I cannot imagine what it must be like to live through such horrific violence, or what would be worse to die because of it.

Turning an American iconic activity into a bloody horror has enraged me. But I am even more horrified that so many people refuse to place any kind of blame on the relative ease of this 24-year old killer to obtain weapons of mass destruction. We went to war with a country over such a thing! But so many people, the very people that condoned the unjust war in Iraq that was based on lies by the George W. Bush administration, defend the right to own semi-automatic weapons and magazines that hold hundreds of shots. Their argument is based on self defense. I have to ask what is wrong with these people?

A quick Internet search of the subject, revealed multiple sources that make the claim, "more guns, less crime." In fact, that is the title of a book written by John Lott. The NRA has embraced his work and in the summer of 2003 recommended the book and its analysis to then Attorney General John Ashcroft in a letter signed by 18 state attorneys general. They sang the praises of Ashcroft's position on the Second Amendment. And so it goes...

I can't help but remain skeptical because it only seems to me that violence is much more a part of life today than it has ever been before. In my unskilled, unstudied opinion, guns seem to be at the very heart of it. Never before has this country seen the kinds of mass killings that we are seeing on a seemingly regular basis. Shootings resulting in multiple deaths have occurred in fast food joints, the workplace, college campuses, elementary and high schools, shopping malls and now at movie theaters.
A little further research revealed a working paper written by Mark Duggan from the National Bureau of Economic Research at Cambridge, Massachusetts, who looked into the relationship of guns and crime. His paper was entitled: "More Guns More Crime." At the time of his research, Mark was a student at the University of Chicago in the Dept. of Economics.

His paper http://www.nber.org/papers/w7967 was an in-depth analysis--than a cursory Google search. Those first results were obvious bias sources. One article on Google can be recreated literally hundreds of times by different sources. Such is the case with gun advocates.

Duggan noted his paper one item that stood out for me. He said he used statistics from the National Center for Health Statistics (NCHS) because the NCHS data gave a more accurate source of homicide data than the FBI. He noted that between five and eight-percent of homicides are not reported in the FBI state-level data each year.

Donahue also wrote, "The latest misfires in support of the 'More Guns, Less Crime' hypothesis," in the Stanford Law Review, 2003.

The discussion has gone on for years, with no resolution. Fire power is getting faster and more lethal while political leaders continue to back away from the very subject. Who can blame them? The country is as divided about guns as it is on a host of other topics, especially in this election year.

So, the argument between gun and non-gun advocates continues, while more and more potential future victims of gun violence go about their happy lives. Potential killers keep going to gun stores and ordering their Glocks on the Internet. One day the two will meet. Bang, somebody will be dead!

Jesse Jackson, Jr. out of touch

The Rev. Jesse Jackson told NBC Chicago today that his son was slowly regaining his strength.

"Worse than we thought it was at first," was how Jackson categorized his son's unknown ailment. When asked what the problem is, Jackson said it was "inappropriate" to comment on what is wrong with his son.

That is exactly the opposite of what Illinois' senior senator--U.S. Sen. Dick Durbin--had to say.

In a recent statement at a city event, Durbin expressed that as a public official Jackson has a responsibility to tell the public what is going on.

"If there is some medical necessity for him not to say more at this moment then I will defer to that," Durbin said, but added that Jackson will soon have to report on what it is he is struggling with.

A press release from Jackson's office merely said he had checked himself into a medical in-care facility to deal with "physical and emotional ailments." Both Jackson's father and his wife,  a Chicago alderman have refused to provide any detail as to what Jackson's ailment really is.

Jackson has now been on medical leave for a month.

During a similar time frame that Jackson disappeared from public view, Jackson's fundraiser pal--Raghuveer Nayak--was arrested by federal authorities in connection with allegedly unscrupulous business practices. Nayak became known during the Blagojevich scandal when Nayak was said to have made an offer on Jackson's behalf to purchase the open U.S. Senate seat vacated by Barack Obama.

Jackson's attorneys say his disappearance is not connected to Nayak's arrest.

The only thing that is certain about Jesse Jackson, Jr. is that he is not among the most adored public officials.

The comments section of news stories written about his alleged illness is riddled with allegations, innuendos, and flat out attacks against him. According to the many negative statements, few believe that he is recovering from an illness or that his absence is unrelated to an ongoing House Ethics Committee investigation into his alleged attempt to buy a senate seat .

Editorials have been written about how Jackson owes answers to the people who hired him.

Posted by Carol Henrichs at 3:00 PM No comments: