Jesse Jackson, Jr. continues to make the claim that he can deliver a shovel-ready airport at no cost to the taxpayers. He refers to the unsuccessful project that dates back to 1968 and is known as the Peotone Airport. The State of Illinois calls it the South Suburban Airport. Jackson calls it the Abraham Lincoln National Airport. Make no mistake, none of these projects are close to becoming a shovel-ready project at no cost to the taxpayers.
In a recent rah-rah speech in Kankakee, at the southern reaches of Jackson’s newly-drawn second congressional district at a meeting of the NAACP, Jackson made this outlandish statement.
I’d like Jackson to explain how a project could be shovel ready when more than half of the land needed for a new airport remains in the hands of landowners unwilling to sell to the state. Or, how does he consider a project shovel-ready when it hasn’t even gained approval by the Federal Aviation Administration? And how can it be shovel-ready when a general aviation airport that is privately owned and sanctioned by the FAA—Bult Field--already operates in the footprint of the airport Jackson wants to build?
I’d also like Jackson to explain how his pet project would not cost the taxpayers. Oh he claims to have developers who will put up their own money to build the Peotone Airport. But the construction of the facility is hardly the only cost to building an airport—one in the cornfields 40 miles south of the City of Chicago. It would be a facility surrounded by rural land which is serviced by well and septic systems. It would be located amid creeks and streams that tend to overflow during heavy rain. Who will pay to build the infrastructure needed to service an airport in the cornfields if not the taxpayers?
How does Jackson explain buying the remainder of the land, if not at the taxpayers’ expense? Or how can Jackson forget about the tens of millions of dollars already spent on this ill-conceived, folly. Former Illinois Transportation Secretary Kirk Brown once estimated the state had spent $100 million on the project. That was during his tenure with the state. He retired in 2002. I can guarantee the bills certainly didn’t retire with him. The state has continued to wrack up costs for state-sponsored studies, land acquisition, legal fees, consultants, public relations work, etc.
That was just the past. Future cost to the taxpayers will continue to be thrown at this dead-end project in the form of infrastructure, additional land acquisition costs, and guaranteed legal fees to fight all the innocent landowners who have been under pressure to sell their property since this project began.
It all sounds like the same kind of jive talk we’ve been hearing for years. I don’t believe it for one moment.

Posted by Carol Henrichs at 12:57 PM No comments:

Interestingly Congressman Jesse Jackson, Jr. finally came to Peotone, the place he has been talking about for 18 years, the place that has been the focal point of his congressional tenure, the place he wants to decimate and urbanize.


Now that Jackson’s new congressional district has been redrawn, it includes the land where the proposed Peotone Airport has been tentatively sited. The remap is a victory in itself for Jackson, who has long tried to mislead people into believing it has always been in his district. See Jesse Jackson needs a geography lesson.

It is almost laughable how Jackson has tried to schmooze the farmers whose land he wants for his pet project, into thinking he gives a damn about them, the land they work, or their rural way of life. He doesn’t. They are only a mean to his end. He wants only to use them to get what he wants—political power over jobs, contracts and ultimately campaign cash.
Jesse Jackson, Jr. had to talk hard and fast to get this audience of eastern Will County farmers to listen to what he had to say; he carefully crafted his words to try to reach them. Yet what he actually said might have the same effect as that which these farmers spread on their fields to help the crops grow. Jackson probably decided prior to the visit, that the best way to reach them was to emulate his conservative colleagues which he loathes, since most of these farmers traditionally cast a Republican ballot. I’m sure he did his homework and learned that many of them sympathize with the tea party movement. Jackson is too arrogant to consider that he has little chance of winning them over.
As a longtime advocate for these folks keeping their land out of Jackson’s hands, I resent Jackson’s inference that he understands their lifestyle. His talk of praying for sun and rain, joking about driving a combine, and drawing first a comparison with his African-American ancestors who picked cotton in the south and later with the people of Iowa he met along the campaign trail, was insincere and likely ineffectual. Try as he might to get into their good graces, I doubt it worked.
It is offensive that Jackson would try to take advantage of religion and culture to worm his way into the hearts and minds of the local farmers in eastern Will County. These are good people, with too much dignity to tell the congressman what they really feel. I can almost guarantee they will never vote for him, no matter how many stories he tells them about how he understands their plight.
The one thing he did offer that might give them pause was his promise of a “fair market exchange” for those who are willing to sell their land to the state. Closer evaluation will show this to be a ruse as well.
First, Jackson promised that if they became willing sellers, they would receive fair market value. Anyone could make that promise since that is the law. But he also said they could farm the land for free until the land is needed. On one hand, Jackson claims construction could begin by June. Even Jackson knows that isn’t doable. So he is dangling the carrot on the end of the free farming stick. It was an interesting ploy, given that farmers are businessmen like everyone else in this faltering economy. Jackson also knows that for some the fight might be out of them after all these years since the Peotone Airport was first proposed in the 1960’s but heavily marketed since the 1980’s.
“An airport will be built on that land,” Jackson said, speaking of the needed state-owned land which represents less than half of what is needed. No doubt, that is as he sees it, yet his view seems to be shared by less people every year as support for the airport dwindles.
His flim-flam guarantee for the opportunity to farm the land for free is simply not his to make. While Jackson acts as though he and his self-appointed airport authority, ALNAC (Abraham Lincoln National Airport Commission) owns this project. It does not. It hasn’t even been approved by the FAA at this point. No decision will be made for years since the perpetual studies continue. Jackson is a U.S. Congressman unaffiliated with the State of Illinois, yet he continues to behave as though he has the right to negotiation with landowners for the State of Illinois. He has no such right.
The bottom line is that if Jackson thinks he is going to convince farmers in eastern Will County that they should voluntarily sell their land for an airport they don’t want for the sake of jobs in the south suburbs, Jackson is delusional.
I will at least give Jackson credit for finally coming face-to-face with Peotone-area farmers. Because his adversaries appear polite, easy-going, reserved, and all the other attributes the good people of the Peotone area possess, Jackson probably thinks winning them over will be a cake walk. That shows how little he really knows about the farm community.
Jackson’s visit can be viewed thanks to willcountynews.com.

Posted by Carol Henrichs at 1:27 PM No comments: 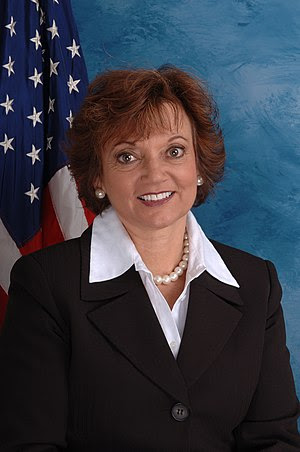 It is no surprise that Debbie Halvorson plans to run again for Congress--in the newly-drawn 2nd congressional district. The seat happens to be held by U.S. Rep. Jesse Jackson, Jr., her former colleague with whom she battled during her last tenure in congress.

Halvorson served in the 11th district which abutted Jackson’s 2nd district. Since the maps have been redrawn, his district now encompasses much of the territory in her former district. She was defeated, at the conclusion of her first term, by newcomer U.S. Rep. Adam Kinzinger.

Halvorson is a long shot. She rode into office in 2008 on President Barack Obama’s coattails. The hugely popular Republican takeover by the tea party in 2010 swept her back out of office.

Halvorson’s announcement to run again is no surprise because that is what politicians do when they lose. The truth of the matter is that there are rarely losers in politics, especially in Illinois politics. Once connections are made, promises given, and bucket loads of cash ensures ‘a friend in the factory,’ often times the same people run over and over again, sometimes for the same and sometimes for other posts. When it becomes 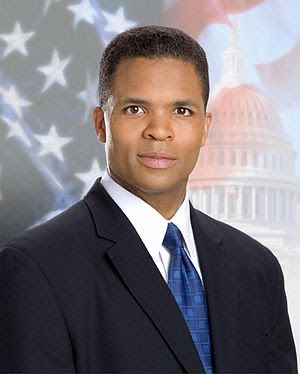 impossible to convince the public to vote for them, they are usually appointed to a government job. It is as if holding elected office is the step to getting a high-paying cushy government job with all the benefits the taxpayers will give.

Halvorson wanted to be named Illinois transportation secretary, but Illinois governor Pat Quinn appointed someone else. So, for now, Halvorson will have to forego the big bucks political job in favor of being a congresswoman, if she can convince the public.


The Peotone Airport battle
While the two were colleagues, Halvorson and Jackson battled over the proposed Peotone Airport, but not the fight that should have been waged. As the project was located in the 11th congressional district, Halvorson should have represented her constituents, the majority of which have proven countless ways that they opposed the airport. Instead, she chose to pay her allegiance to the unions in Joliet who salivated over perceived jobs and contracts. She sided with the huge concrete and asphalt companies who contributed campaign cash over the people who only had their votes to give.

Her battle with Jackson was over who would control an airport if and when it was built.

Both took a pro-airport position despite Halvorson’s first public position being against it.


In 1996, Halvorson was a virtual unknown in the political realm. She was a Mary Kay salesperson and Crete Township Clerk. She rose to political stardom in 1996, however when she defeated the popular Senate Majority Leader Aldo DeAngelis.

Halvorson was once anti-airport
Halvorson ran as a no-airport candidate. I know because I was at her campaign headquarters that night. I and many others were elated when this seemingly down-to-earth woman who was on our side, defeated the godfather of the Peotone Airport. Little did we know that the minute she set foot in the capital in Springfield that she would a DeAngelis clone.

Saying all the right things to all the right people, Halvorson ascended rapidly to become Illinois’ first Senate Majority leader.

It will be interesting to watch the battle between these two. As far as I’m concerned—they are evenly matched. Neither has been able to get what they want.

Just days into her campaign and already Halvorson is sniping about Jackson’s ethical issues, which includes a House investigation over Jackson’s alleged attempt to buy Obama’s senate seat and his marital infidelity. Political theater is always a spectator sport.

Posted by Carol Henrichs at 1:27 PM No comments: