My first news story was published in 1988. Most of my writing has been published in newspapers in Illinois, Indiana, and Arkansas.

I've done freelance and staff work for the Daily Journal, Kankakee; the Peotone Vedette, Beecher Herald, Monee Monitor, and Crete Record in those respective communities. I have also been a correspondent for the Northwest Indiana Times, Munster, IN and the Baxter Bulletin, Mountain Home, AR.

• Designed and developed a public relations presentation, with slides and text that resulted in the implementation of a new county forest preserve district in Kankakee County, IL.
• Subcontracted with a consultant for the United States Department of Agriculture (USDA) to interview and document stories related to the conversion of farmland into development uses.
• Speaking to the local high school journalism class on Career Day.
• Write op-ed pieces, perform ghostwriting, editing, proofreading, and even some consulting.
• Maintain several blogs
• Design, edit brochures
• Design several websites

When my latest endeavor to help a financially-struggling start-up newspaper, resulted in unemployment, I decided to try various forms of internet writing. Despite a love of the Internet, I am disillusioned with the hype given to a plethora of overly-advertised websites that do little more than exploit eager writers in an effort to bolster the bottom line of the host site. They use false claims of making money and getting published. That translates into writers earning pennies per story. Getting published is usually at an obscure website location.

No experience is required, therefore some participants were generally unskilled in grammar, spelling, and the simplest sentence structure, yet were thrust into the same pool with skilled, but unpublished writers. Promises sound too good to be true, because they are. Many of these writing sites have been correctly labeled, "writing mills," where writers are encouraged to crank out reams of content. The emphasis is quantity rather than good, quality writing.

Writers were encouraged to turn out mass quantities of articles.

The emphasis not on content, but rather search engine optimization (SEO). Well-researched, well-written articles are not the intent of writing mills. The emphasis is on more money for the host site. Little of it is shared with the writer who makes a few pennies.

The practice causes writers to pay more attention to turning out numerous articles quickly rather than to produce correct, quality, well-researched information.

Some of the writing sites maintained their own small network of news sites where work was published, often at some obscure internet location only seen by their own network of writers.

Not only are writing mills frustrating for writers, who are not paid adequately for their work, but the practice lowers the bar on good content on the Internet.

Discipline is generally lax, and often leads to plagiarism.

Such practices have diluted and corrupted good content on the internet to the point that research is becoming much more difficult. Where the internet once offered tremendous research potential now buries desired data beneath pages and pages of meaningless drivel.

Several internet discussions on this very topic have taken place of late, such as this one at Writer's Weekly.

I've probably written more about a proposed transportation project in Illinois than anyone, but I've also held another role as well.

In 1987 when I heard about a proposal to build a new airport in the farm fields south of Chicago, it piqued my curiosity. The proposed airport was to be more than three times the size of O'Hare International Airport and would displace 23,000 acres of prime and important farmland as well as the farmers who tended it. 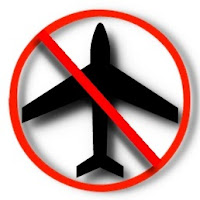 The plan resurrected an old idea from the 1960's.

The location was a few miles from where I lived, a small town with a population of about 2,000 people.

Beecher, Illinois was a farming community, much like downstate Illinois. Tar and chip roads accommodated slow-moving combines used by farmers who tended to acres and acres of corn, wheat, and soybean crops. It was not the kind of placewhere jets take off and land. I grew up near O'Hare and just couldn't quite imagine the folly of plopping a huge, commercial airport into a peaceful, bucolic area that would displace mostly prime and important farmland, not to mention the generations of farmers that called that their home.

I set out to make some sense of what seemed to be totally illogical. I kept an open mind, trying to learn all I could about the who, what, where, why, and how of this project.

In all the years this airport has been proposed, it has never made sense.

What I learned, confirmed my initial suspicion, that this was a folly. Claims of jobs and economic development disguised the real issue; it was about control of lucrative contracts, jobs for political pals, and enough clout for politicians to stay in public office to feed at the public trough for as long as they liked. Big projects reap big rewards, especially in Illinois where the pay-to-play system runs rampant, and has resulted in four governors becoming convicted felons who have served time. The latest, ex-Gov. Rod Blogojevich has been indicted on corruption charges and was impeached as Governor. His predecessor George Ryan is presently serving time in a federal penetentiary in Indiana.

I was angered by the thought of it.

On Aug. 2, 1988, with 13 other people who felt the same way, we established Residents United to Retain Agricultural Land (RURAL).

We held local meetings as the organization grew. We passed petitions, held rallies, and did whatever it took. The biggest supporters were public officials who didn't want to be bothered with the public.

One of my proudest moments was my invitation to join a panel of experts to hold a lively discussion on the pros and cons of the project on WTTW's Chicago Tonight, hosted by the late John Callaway.

Another high point, was an invitation to meet Chicago Mayor Richard Daley. Chicago opposed the project.

Ironically this led to the start of my writing career.

I was hired as a correspondent, with my first story published in September, 1988. Because the airport was such a huge issue in the area that I covered, there were times that I had no choice but to write about it. I was fortunate to have an editor who recognized that my passion for the project would actually make me a better reporter.

At times I walked a tightrope between activism and journalism, while seeking truth on one side and relaying it on the other. For years maintaining the balance was one of the hardest things I've ever had to do. Reconciling my personal feelings with my desire for legitimacy and professionalism was not easy, but was important to me.

This balancing act continued until 1997 when I turned RURAL over to a man I trusted. George Ochsenfeld. Ochsenfeld created STAND (Shut This Airport Nightmare Down) which continues fighting the proposal today.

It is now 2011 and I continue to write about the proposed airport.