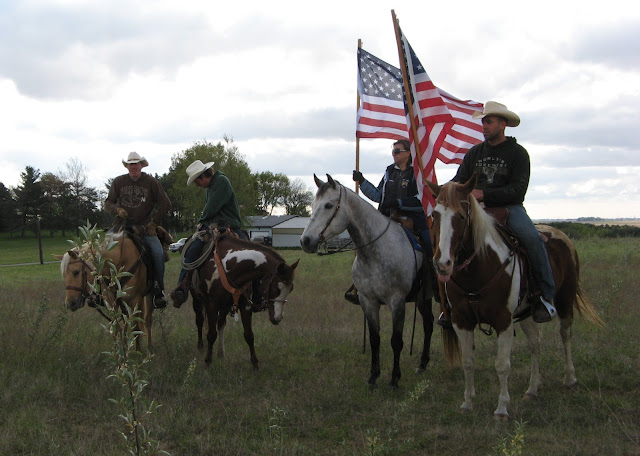 Like an alcoholic, who can never touch the stuff again for fear of reawakening destructive tendencies that threaten inner peace, such is my addiction to the Peotone Airport debate. Compounded by obsessive leanings, I may never be free.

It doesn’t even matter that I no longer live in Illinois. It has been eight years since I’ve been gone, yet I remain deeply involved on a level that is apparently even beyond my own awareness. For the many years that I was active against the project, wounds remain unhealed. That was evidenced by the mere sight of this weekend’s diametrically opposed events that took place on eastern Will County soil.

On one side, there was a peaceful gathering of protestors who oppose the airport—a group that I have long associated with. Many of the individuals present were those I helped personally recruit to the airport opposition, long ago, when we were first learning about the proposed airport easily seen as a menace to the rural landscape. Worse yet, many of those good folks I had the privilege to know were not there. So many have died during the battle, just as surely as if they were Sioux Indians that died fighting to protect their land or soldiers at Gettysburg that fought for freedom that never made it off the battlefield. It is this part that haunts me the most. No one’s life should end sooner than expected because of unresolved peril in their lives at their own governments’ hand. Yet the State of Illinois persists in this unproven folly.

Just a short distance away, on land that isn’t even in the airport site, there was a gathering of people who support the airport—people from someplace else, who believe a new airport is a panacea—as a means to solve their own economic conditions. They give no thought to those who would be displaced. The people who live there are not discussed. The people believe what they are told, largely because they trust the one who tells them. I have no qualm with the people. I do have a problem with those who hold positions of power, who masquerade as leaders in the community, as they tell blatant lies and half truths because it will serve their own purpose. Such false idols never flinch about using innocent members of the public to ensure they get what they want.

This is becoming so common place; it is perpetuated throughout the government once billed as the government of the people, for the people, and by the people. The airport fight is just one small example of all that is wrong with the government and leadership today. I have seen this example for decades. They are a politician here, government worker there, or an investment banker, realtor, stockbroker, or union worker. The story is always the same. They tell their followers--this will help you. Except it won’t! Never do they tell the story of the other side—those freedom fighters who simply want to protect their way of life and livelihood.

Saturday, Congressman Jesse Jackson Jr., accompanied a group of south suburban pastors who support his version of airport obsession. I gathered as much of the news coverage as I could—including live videos of the event. Not only was I there in spirit, but I could have been there. It was déjà vu for me. Nothing changes. I’ve seen hundreds of similar events since my own opposition to this project was borne in 1987. The events may have a slightly different flair, but even many of the words are the same.

The group recited the Lord’s Prayer. Generally prayers over the land are generally for a good crop or sufficient rainfall. Yet the consequence of this prayer would result in the destruction of people’s lives and livelihoods. In the course of the closing prayer, the ministers and assembled crowd asked to be forgiven for their trespasses. Indeed, they would need to be forgiven because they wanted to trespass and covet their neighbor at the same time. Jackson audaciously urged people to stay off the cropland, in order to protect the farmer’s rights. As if he really cared about farmers’ rights.

I looked around at the faces of the people who were bussed to a local church in Monee, a church that I watched being built, I noticed the people. They didn’t fit. That isn’t because they were mostly African-Americans, yet that is true as well. But they are different because they are suburbanites. They dressed differently; the predominant clothing was not blue jeans. Some of the ladies wore hats. Rural folks don’t wear hats, except for cowboy hats, or perhaps baseball caps. Music played in the background, rather raucous Gospel music, a far cry from “The Old Rugged Cross,” which is the kind of hymn that is played in area churches.

I can almost guarantee that on the trip to Monee, one of more of the people asked, “Are we there yet?” At the same time, I’ll bet none of them connected the distance to the protest site with the same long distance it would be to travel to work everyday--that is if the airport were built, and successful, as Jackson fantasizes.
A friend of mine taught literacy to students in South Suburban Robbins. Her students told her they needed a job, but didn’t have a drivers’ license nor could they afford a car. For them, or countless others who can’t afford the gas to travel that distance, a job in Peotone is out of the question. Yet that is exactly who Jackson targets for airport jobs.

The distance is a real point. During my many years in the “airport fight,” I have known people who visited the Peotone area from Chicago. Many were reporters who found it difficult to file a story so far away because of the travel time taking away from writing a story or editing video. It is logistically difficult for Chicago news media to cover stories in the Peotone area.

The Peotone area is segregated from other populated areas, just like all rural areas. But the notion that their segregation translates into racism is a real stretch, one that is easily and often exploited. The culture of rural folks requires putting down deep roots into a community; often times they are roots that span generations. They pretty much know everyone in their area. Consequently, they are not very trusting of strangers. Being black has nothing to do with it. They don’t trust anyone they don’t know.

Exploiting such situations is a stretch that the Jacksons apparently love to make. Many believe that is what is behind this march to the cornfields. Identifying racism, whether it exists or not, makes headlines. That is what the Jacksons and many other black leaders seem to be about. Bringing attention to racism is good. Perpetuating for your own gain is not.

Building an airport that displaces farms and an entire farm economy will not solve the problems in the far reaches of the second congressional district, especially one that consists of one ribbon of concrete and a terminal building. Even if it were wildly successful, it wouldn’t produce enough jobs to solve the unemployment problem. And, it would do nothing to solve the other systemic ills that have long plagued the poorest communities in the south suburbs. Jackson has to know that.

The recent remapping of the second congressional district was purely political, designed strictly to benefit Jackson and his airport aspirations. He is taking full advantage, even though he has wrongly tried to pass the Peotone area off as within his district since he first took office.

Even if an airport were built near Peotone, it would do nothing to solve the problems in the south suburbs, only one of which is high unemployment. It is foolish to believe that economic development forty miles from the population base would help the situation there.

In fact, south suburban residents already have access to one of the world’s largest intermodal developments—where there are far more jobs than an airport with one runway and terminal building could ever create. The Centerpoint development is just 35 miles from downtown Harvey, just a few miles further than it would be to drive to Peotone. In addition, the Gary/Chicago Airport is only 20 minutes away, yet Congressman Jackson is apparently repelled by the invisible state line, since he refuses to look to that development as a potential jobs creator.

The bottom line is that there are plenty of jobs within a 40-mile radius of the south suburbs, yet Jackson is stuck on Peotone. Perhaps jobs aren’t really his agenda. And whatever his agenda is, the people of the Peotone area shouldn’t have to pay for it with their homes. And personally, I’d like to wake up from my own nightmare.