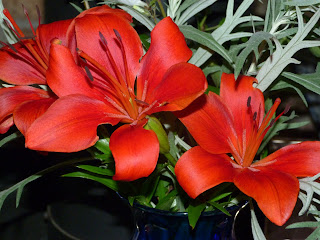 These times are hard.

Not only is the world seemingly falling apart around us, but my personal world isn't faring much better. So many people I have known and cared about are dying.

The sadness I feel is like a brisk wind on a hillside, eroding me. I have long believed that what eventually kills us is the act of living. With living comes pain.

I'm almost starting to regret having worked at a job I loved; I was a local reporter in a small town for more than 20 years. I got to know so many people that I likely never would have met otherwise. I had the privilege of really getting to know them, their families, their life stories. I grew to love many of them, who have become lifelong friends.

My interviews were generally so much more than merely a question and answer session. They were usually an emotional, conversational experience for both of us, that included sharing intimate details of life. So much more was said than what could ever have appeared in print.

My goal was to capture the essence of a person's story, why and what they cared about, as well as what inspired them. To write about them, I wanted to get to know them. Ultimately it was the detail that grew out of those conversations that made the story. More often than not, the exercise resulted in friendship.

When my husband and I retired and moved away, it was hard to leave all those friendships behind. I have stayed in close contact with many.

A funny thing happens when you leave a familiar place. Memories remain indelible, unchanged by time or circumstance. It is as though time is irrelevant. I imagine people and places to remain exactly as they were when I last saw them, though the reality is that time has its way with us all.

Time and reality can be cruel. So many of those people have died in recent weeks and months. There are almost too many to count. Just before Christmas, there were five deaths of people I had known and cared about. So many good people have left behind families who grieve for them and sadness to those of us whose lives were touched by them.

Despite the pain of my own sorrow, I'm grateful that I knew them. I didn't just write about these folks, their life story danced with mine. The dance will stay with me forever, etched in a moment of time.

So many good souls...
Posted by Carol Henrichs at 6:15 PM