I remember a time when CNN was my go-to source for information. I felt that like it is advertised, CNN was the most trusted name in news.

No more. Yesterday, on one of the biggest political news stories--the U.S. Supreme court ruling on the Affordable Care Act--CNN got it wrong, horribly wrong.

I recall another time when the stakes were even higher that CNN got it wrong. It was in 2008 when CNN and several other news outlets reported, "Al Gore wins Florida," another story where the public was misled. We had to rely on time and hindsight for the real facts behind this convoluted truth.

Read more »
Posted by Carol Henrichs at 11:57 AM 47 comments: Links to this post


Congressmen, even Jesse Jackson, Jr., are representatives of the people. Therefore, when one of them disappears, the public has a right to know the circumstances. That was stated well in an excellent article written by Carol Marin in the Chicago Sun Times recently.

Marin expressed that Jackson owes an explanation to the people who first hired him as their representative in 1994 and who wants to be rehired for a tenth time in November.

Further, Jackson's famous father Jesse Jackson is a public figure. His wife, Sandi is a Chicago Alderman, making her a public figure as well. Why are they not disclosing the whereabouts and reasons behind Jackson's disappearing act?

On Monday, Jackson's office released a statement that claimed Jackson is suffering from exhaustion, which his office says began June 10.

Curiously, that was just 10 days before Jackson's fundraiser pal, Raghuveer Nayak was hauled out of his home by the FBI and arrested for participating in an alleged kickback scheme involving a number of surgical centers he owns. He was tied to Jackson when Nayak was said to be Jackson's emissary, in offering ex-Gov. Rod Blagojevich money in return for Blagojevich's naming Jackson to the U.S. Senate seat formerly occupied by President Barack Obama. Jackson has denied involvement in such a scheme.

Jackson has also claimed his innocence to U.S. ethics investigators who are looking into his using his congressional staff in the fundraising for Blagojevich. The ethics panel is also questioning the ethics behind Nayak's purchasing an airline ticket for Jackson's lady friend. Jackson claims that personal and private matter was not a violation of the House ethics either.

These are not isolated incidents. There have been several issues related to Jackson's proposed Peotone Airport that have been bothersome. Several are outlined in a previous CHBlog post, House ethics committee needs to dig deep into Jackson's dealings.

To those who have watched Jackson use every trick in the book, including bullying tactics, in his quest to build an airport in eastern Will County, Jackson will get little sympathy, no matter what his affliction. Few believe the story that he has any affliction at all; they think he is simply in hiding, either trying to wait out the storm at the very least, or more likely trying to figure a way out of the mess he seems to have gotten himself into.

Posted by Carol Henrichs at 11:53 AM No comments: Links to this post

CHBlog is slowly coming back to life. The archives, which is extensive, is in the process of being rebuilt. While it appears that all previous comments have been lost in the transition and will likely not be recoverable, initial article entries are being reposted. Completing the task will take some time.

And please, if you were a former subscriber to CHBlog in the past, I ask that you re-subscribe.

Thanks for your patience.
Posted by Carol Henrichs at 12:54 PM No comments: Links to this post

It feels like deja vu all over again as the Illinois legislature recently approved a bill  (SB3318) that would allow Quick Take authority for the Illiana Expressway.

Normally, I hate the phrase--deja vu all over again because it is redundant--except in this case, it isn't. While deja vu refers to something that seemingly happened before, in the case of the Illinois legislature's boneheaded move to usurp the rights of landowners, the beat goes on. It might even be more appropriate to say this is deja vu all over again and again and again!

There may be small comfort in knowing that SB3318 squeaked by in the Illinois House with a vote of 61 to 57.

Read more »
Posted by Carol Henrichs at 10:31 AM No comments: Links to this post

The light of a new day often puts things into a new and better perspective here at CHBlog. 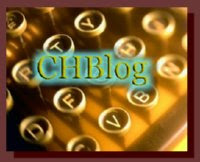 There is no point in going into the whole sordid story about how I was essentially ripped off for years; paying  for what should have been free services included with my purchase of a domain name at GoDaddy.com.

I'm putting all that behind me because I am just grateful the problems have finally been resolved.

I owe a debt of gratitude to a good employee at GoDaddy, who still believes in and obviously cares about customer service--a rare commodity these days. I would like to give a shout out to Gina from Iowa, who took the time to help me with my quest to straighten things out once and for all. Thanks Gina!

Now, on to some blogging business

Because CHBlog is essentially beginning anew, and all previous information, stats, and subscriber details have been lost in the recent transition, I must ask all subscribers to re-subscribe. Your information has been lost, so please sign up again--either through an RSS reader by email. Both links are in the sidebar to the right.


I'm sorry for any inconvenience this has caused.

Posted by Carol Henrichs at 12:59 PM No comments: Links to this post

Because I've been increasingly unhappy with my former blog at GoDaddy.com, CHBlog has been moved to a new location, permanently.

The same web address--CHBlog.ozarkattitude.com--remains the same, however.

Bear with me. There may be some links that fail to work from time to time.

I am attempting to fix this problem. Most of what has been written is available on my home computer, so if there is a story you want to see that does not show up here, please let me know via email. I can generally find old posts on my home computer.

I have been busy transferring files, one at a time, from the former blog, which no longer exists. All of the posts prior to two years ago are GONE! Except for a very few that I was able to copy, all of the wonderful comments provided by so many people are now GONE. I had hoped to have access to them for a short time, so that I might copy them, but due to incorrect assistance and poor instructions of some GoDaddy tech personnel, that didn't happen.

In essence, CHBlog is starting from scratch. Most of the information contained in these pages regarding the third airport will be added so as to provide a comprehensive history of the Peotone Airport project. CHBlog began in 2005.

Thanks for all the support CHBlog has received in the past and I hope into the future because a blog is only as good as its readers.

Start a Petition by iPetitions.com

Posted by Carol Henrichs at 3:02 PM No comments: Links to this post