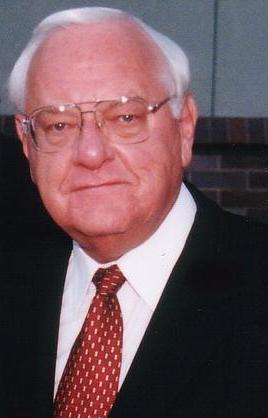 Ex-Illinois Governor George RyanDespite his lawyer's best efforts, George Ryan, Illinois' disgraced governor, serving a 6 1/2 year sentence in federal prison, will not be leaving jail before next July when his sentence is concluded.

Ryan's lawyers, led by another former governor--James Thompson--filed an appeal based on the Supreme Court's ruling last year on the "honest services" laws. The laws, as applied to public officials holds that a public official stands in a fiduciary relationship with the public. Honest services fraud is committed by breaching those fiduciary duties in the course of that relationship. The laws relate to theft, accepting a bribe, or concealing a financial conflict of interest. In 2010 the court narrowed the fraud to bribery and kickback schemes.

Appealing Ryan's conviction was a long shot at best, and it is the last in a series of extraordinary efforts to keep Ryan out of jail. The legal wrangling commenced as soon as he was convicted in 2006.

To see more stories related to George Ryan, just type his name into the search engine at right!

Posted by Carol Henrichs at 12:16 PM No comments:

I remember a time when CNN was my go-to source for information. I felt that like it is advertised, CNN was the most trusted name in news.

No more. Yesterday, on one of the biggest political news stories--the U.S. Supreme court ruling on the Affordable Care Act--CNN got it wrong, horribly wrong.

I recall another time when the stakes were even higher that CNN got it wrong. It was in 2008 when CNN and several other news outlets reported, "Al Gore wins Florida," another story where the public was misled. We had to rely on time and hindsight for the real facts behind this convoluted truth.

The U.S. Solicitor General, who was nominated by President George Bush in March, 2005 and confirmed by the Senate in June.

By definition, the solicitor general is to argue for the Government of the United States in front of the U.S. Supreme Court when the government is involved in a case.
Clement said complaints about jurors were misguided and a hearing was not warranted.

Following Ryan’s conviction, his attorneys Dan Webb and former Gov. James R. Thompson did   as they promised – to take Ryan’s case all the way to the Supreme Court.

Thompson was adamant that Ryan should receive a fair trial. His argument, that the trial was not fair, was based on some inconsistencies with some of the jurors during the six-month long trial. Thompson’s opinion was bolstered by the sole dissent in the Court of Appeals and a minority opinion by Circuit Judges who ultimately refused to rehear Ryan’s case.

On Jan. 23, Thompson filed a petition urging the U.S. Supreme Court to act on Ryan’s behalf to overturn his conviction.

That was a final step in a long line of legal maneuvers that could no longer keep Ryan out of federal prison.

Ryan reported to prison in November 2007 to serve a six and one-half year sentence. He was initially sent to Oxford Institution, in Wisconsin, but was recently moved to Terre Haute Federal Institution in Terre Haute, Indiana. Under new regulations, of which Ryan was unaware at the time of his sentencing, Oxford could no longer care for inmates over 70 years of age. Ryan is 74.

Ryan and his business partner Lawrence Warner were convicted on April 17, 2006, of multiple counts of racketeering, conspiracy, mail fraud, obstruction of justice, money laundering, and tax violation while he served as Secretary of State.

Ryan is expected to be released from prison in 2013.

Posted by Carol Henrichs at 12:47 PM No comments: