Letter to the editor and response--Peotone Airport legislation

Letter to the Editor: by Herbert Brooks, Jr. Will County Board Speaker 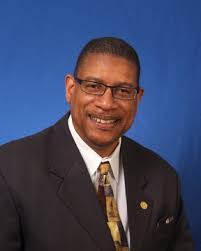 At the end of the legislative session, Springfield lawmakers quickly and quietly passed Senate Bill 20, giving governance to the South Suburban Airport to the Illinois Department of Transportation.

This legislation runs contrary to the established positions of the Will County Board. Furthermore, the legislation was moved forward without the opportunity for a comprehensive review and discussion of its merits.

Nevertheless, I believe it is vitally important for Will County to remain fully engaged in the development process to ensure that it is transparent, responsible, and respectful of our county’s residents. If managed effectively, the airport can be an economic engine for Will County and the whole state of Illinois. However, if the process is mismanaged, those of us that call this county home will suffer the most. Therefore, the Board is moving forward with a full and thorough analysis of the bill and will schedule public meetings to reveal our findings and make recommendations. We are hopeful the Governor, IDOT, and our elected officials will listen and strongly consider our concerns.

I appreciate Herbert Brooks, Jr. taking the time to comment on SB20 with regard to the Peotone Airport.

I have never agreed with the Will County Board's position on the proposed Peotone Airport. Will County officials have, since the inception of the project in 1985, to play both sides against the middle, seeking whatever potential economic impact possible at the expense of so many voices of opposition. It isn't just the people of eastern Will County that oppose the airport. Surveys have indicated that a majority of residents of Will County oppose it. The airline industry opposes it. Only those that stand to benefit monetarily by it favor its development.
That said, I agree with the speaker's desire to ensure transparency, responsibility, and respect for the residents of Will County. However, I must caution him that such behavior has never been associated with this project.
I applaud his call for a full analysis of the bill as well as public hearings, which voting members of the State of Illinois have foregone. I too hope state officials will listen to what Will County has to say.
It must be made clear that Brooks, Jr. has been a member of the county board only since 2008, so my comments are not directed at him. But prior to his time on the board, the Will County Board has done none of those things he suggested. In fact, the Will County Board has done just the opposite, with just a few board member exceptions.
After devoting so many years to my own study of the proposed Peotone Airport, I wish the speaker good luck in trying to do the right thing. However, I urge caution, since IDOT has a very long history of not listening to anyone that disagrees with its views.

Posted by Carol Henrichs at 2:40 PM No comments: